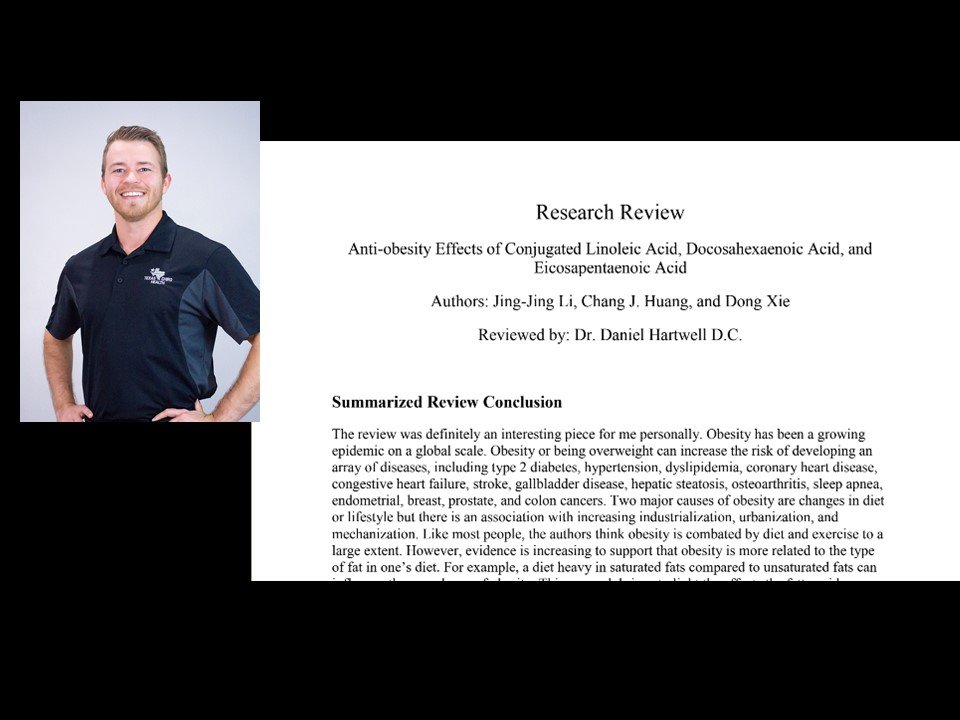 The review was definitely an interesting piece for me personally. Obesity has been a growing epidemic on a global scale. Obesity or being overweight can increase the risk of developing an array of diseases, including type 2 diabetes, hypertension, dyslipidemia, coronary heart disease, congestive heart failure, stroke, gallbladder disease, hepatic steatosis, osteoarthritis, sleep apnea, endometrial, breast, prostate, and colon cancers. Two major causes of obesity are changes in diet or lifestyle but there is an association with increasing industrialization, urbanization, and mechanization. Like most people, the authors think obesity is combated by diet and exercise to a large extent. However, evidence is increasing to support that obesity is more related to the type of fat in one’s diet. For example, a diet heavy in saturated fats compared to unsaturated fats can influence the prevalence of obesity. This research brings to light the effects the fatty acids can play in combating the epidemic of obesity. Two omega-3 fatty acids, DHA and EPA, were compared against linoleic acid, another type of polyunsaturated fatty acid. Though all three of these are all polyunsaturated fatty acids, they belong to different families. This means that they interact with the body differently. This article studied how these fatty acids affected fat storage, production, and processing. These nutrients reduce the formation of lipids by inhibiting enzymes responsible for this and increase the deterioration of fats and creation of body heat. Though there are plenty of studies to suggest that certain fatty acids influence fat formation and fat storage, the specific mechanism of polyunsaturated fatty acids ability to affect obesity still requires more research.

“CLA, DHA, and EPA belong to different families of polyunsaturated fatty acids (PUFA). However, they have similar effects on alleviating obesity and/or preventing from obesity. They influence the balance between energy intake and expenditure; and reduce body weight and/or fat deposition in animal models, but show little effect in healthy human subjects. They inhibit key enzymes responsible for lipid synthesis, such as fatty acid synthase and stearoyl-CoA desaturase-1, enhance lipid oxidation and thermogenesis, and prevent free fatty acids from entering adipocytes for lipogenesis.” (Li, Huang, & Xie,2008, p. 631).

CLA, DHA, and EPA share effects on obesity. These nutrients aid in the prevention of free fatty acids from entering fat cells and the formation of fat. Naturally, these effects can alter how much fat, or adipose tissue, the body will store. These effects were seen at much greater levels in the animal trials compared to a healthy human model. Though they share some similar influences on fat formation and storage, they do also show differences.

“Despite their similar effects and shared mechanisms, they display differences in the regulation of lipid metabolism. Moreover, DHA and EPA exhibit “anti-obesity” effect as well as improving insulin sensitivity, while CLA induces insulin resistance and fatty liver in most cases.” (Li, Huang, & Xie, 2008, p.631).

In this article they compared the three main PUFA and they found that EPA and DHA had anti-obesity effects and increased sensitivity to insulin. With these effects the body can assist in weight management as well as decrease the amount insulin the body needs when utilizing, transporting, and storing glucose.

Introduction to the Research

This research article focuses mainly on the effects of conjugated linoleic acid (CLA), docosahexaenoic acid (DHA), and eicosapentaenoic acid (EPA) on weight loss. It was found that DHA and EPA both had “anti-obesity” properties in the animal trials. In human trials CLA does not prove to have any effect where EPA and DHA both show anti-obesity effects. Though there were not definitive results for the human trials with CLA, the results were very favorable for EPA and DHA and I believe this does point us in a new direction of another way to possibly fight the obesity epidemic.

Anti-obesity effect of these PUFA has been investigated and evaluated in animal models. In this section, we only focus on the rodent model including various species of mice and rats, which are usually employed in the studies.

As shown in Tables 2 and 3 the effects of CLA in modulating body weight have been supported by most studies [4 – 16]. Decrease in body weight seems largely due to reduced adipose deposition, and sometimes is accompanied by an increase in lean mass or protein content [5, 6, 12, 17, 18]. Although the weight-lowering effect of CLA was widely reported, some studies have demonstrated no effect, or even reverse effect of CLA on body weight [19 – 28] and it seems that rats are less sensitive to the body weight-low- ing effect exerted by CLA [25 – 30]. The discrepancy is possibly attributed to the low levels of CLA [6, 19, 20] and/or short-term treatment of the latter studies [20]. As compared to c9, t11 CLA, the t10, c12 isomer is considered to be the major component mediating the anti- obesity effect [6, 15, 22].

Dietary DHA and/or EPA showed little effect on body weight [31 – 35] (Table 4), however, supplementation of DHA and/or EPA decreased adipose deposition in both mice and rats [31 – 40]. The evidence supported the beneficial effects of DHA and EPA on improving obesity and indicated the differences in the mechanism underlying the anti- obesity effect between the n-3 and n-6 PUFA.

While plenty of evidence suggests that CLA can effectively alter body composition in animals, human clinical studies conducted so far have not shown consistent results (Table 5). Most of the studies failed to show any decrease in body weight, independent of the age, gender and physiological condition of the subjects, after supplemented with CLA raging from 0.7 to 6.8 g/day [41 – 53]. Dietary CLA has been reported to reduce body fat mass (BFM) in some studies [46 – 48, 54 – 57]. However, the body fat-lowering effect of CLA in humans was less prominent than that in mice. The dose administered, the length of the feeding period, and the differences in metabolic rates may explain the lower efficacy of CLA supplementation in humans [58]. A few reports suggested that dietary CLA could decrease body weight [54, 56, 59]. In the study conducted by Belury et al. [59], the subjects with type 2 diabetes mellitus had received CLA-mix supplement for 8 weeks. Plasma level of t10, c12 CLA isomer, but not c9, t11 CLA, was inversely associated with body weight. Gaullier et al. [56] reported that 1-year supplementation with CLA-free fatty acid (FFA) and CLA-triacylglycerol(TG) reduced BFM in healthy over- weight adults, and CLA-TG could induce significant weight and BMI reductions. The 12-month extension study con- ducted by this group further confirmed the results of the previous study, and suggested that CLA may help maintain initial reductions in BFM and weight in long term [54].

Results from the above studies suggested that CLA might reduce body weight of diabetic subjects. For non-diabetic individuals, an inverse association of dietary CLA with body fat mass was shown in several studies, and possibly more effective on overweight and/or obese subjects [46, 48, 54]. More studies with better design are required to evaluate the effect of CLA on human body weight and composition. Careful preparation of dietary supplemented CLA with accurate composition and high purity is necessary. Other factors, such as dosage of CLA, duration of the treatment and the physiological conditions of the subjects should be prudently considered and appropriately chosen so that convincible evaluation could be made. It was found that levels of fish-derived EPA in the plasma of both Eskimos [60] and Japanese [61] were high and the incidence of obesity-induced disease was low in their population. This suggested the beneficial effect of n-3 PUFA enriched fish oil on preventing and/or alleviating obesity. Kunesova et al. [62] reported that n-3 PUFA enhanced weight loss in obese females treated by very low calorie diet and DHA seemed to be the active component. In a recent study conducted by Thorsdottir et al. [63] in young, over-weight.

Our Doctors at our Lakewood location, near the corner of Mockingbird Ln. and Abrams Rd., want to help you know how to be healthy by making good choices on diet, movement and mental health. Our Best choices on diet and exercise create our Best Defense against Illness and pain. We are here to help you make the best choices! and remember, Fight Obesity with Omega-3’s!